1. Have a look through the DJ profiles.

3. Mention the DJs name in the comments of the enquiry form. (optional) Make sure you mention the DJs name in the comments.

If you are looking for a Professional DJ on the Sunshine Coast or even in Brisbane, DJ Alex is your man. At the age of 22 has done hundreds of events from weddings, parties or corporate Christmas parties. He is currently studying to be a High-School Music Teacher and has an interest in all genres of music. DJing is Alex’s passion, and his greatest skill. He considers himself to be friendly and approachable, as well as being a confident speaker where MC services are required. He would love to help you make your event an enjoyable success with the perfect selection as requested by you. If you would like to check a date for Alex, just complete the form to the bottom right of this page and someone will get back to you really quickly.

Jak found his lifelong passion as a DJ at only age fourteen, in the thriving underage rave scene of London. A regular at the house and private parties, he eventually found myself getting into electronic music and felt naturally and musically attuned with a talent for mixing. He has taken his influence from many sources of musical inspiration and further expanded his music genres to include Urban, Hip hop, Dance, House, Underground, Top 40 & Old School Classic

After moving from London to South Australia, Jak continued to work as a DJ in Adelaide where he held a 5 year residency at the third biggest club known as ‘The Dog n Duck’ in the main room. He also held residencies Adelaide?s other venues, including The Stag, The Archer, The Duke of York, The Lion, Charlton?s Pool Hall, New York Bar and Grill, The Ambassador, Mick O Shea?s, Colonel Light Hotel, The Highlander, City Nightclub and the Gully Hotel, along with countless weddings and special events

Jak has now relocated and works as a DJ on the Gold Coast, he continues to push the boundaries of DJing, mixing and live performance and thrive as an up-and-coming DJ, with new sounds, flawless mixing and an incredible level of energy that never fails to please a crowd. Starting out in the late 90?s as a radio show host and then discovering DJing in 2001, Glenn has had a long history in the DJ industry. After only 2 years DJing in Sydney he decided to head back home to Brisbane in 2003. He developed his own DJ business and was one of the most respected DJ’s in SE Queensland at the time.

In 2014 Glenn took a short break from DJing and lived in the USA for 5 years, finally returning home again in late 2018 a married man. Now you have the chance to book DJ Glenn as your next DJ in Brisbane with over 2000 weddings and events under his belt, from Sydney to Seattle, and Gold Coast to Brisbane, rest assured your special event is in good hands. 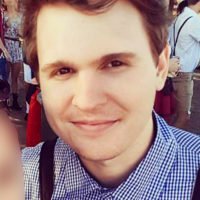 NOT SURE WHO TO CHOOSE?

That’s totally fine you don’t have to choose a DJ, we can choose the right fit for you based on the DJs experience, exact location and of course availability.

Click get a quote now to get the ball rolling.

Leaving already? Get a quote now, it'll only take a minute . . .

Find A DJ In